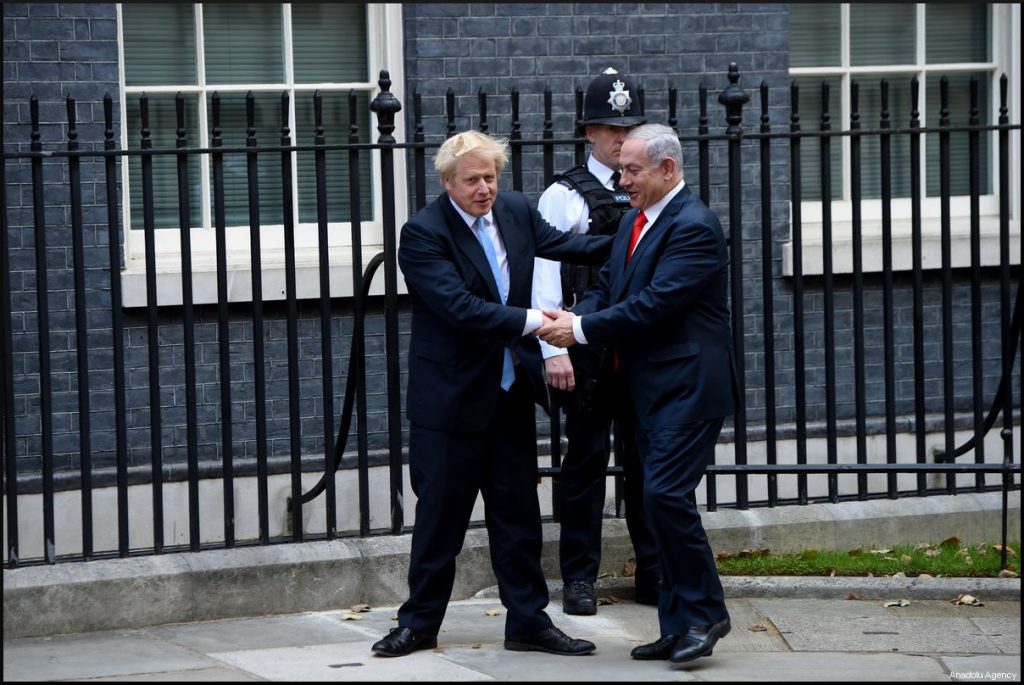 Some 113 British members of parliament have warned that Israel is in danger of becoming an apartheid state. The bleak assessment was made in a letter sent by the All Party Parliamentary Group on Britain and Palestine to Prime Minister Boris Johnson in which they expressed their “outrage” over Israeli Prime Minister Benjamin Netanyahu’s announcement last week that he plans to annex the Jordan Valley and large swathes of the occupied West Bank if he wins tomorrow’s election.

Reminding Johnson of the stark warning he himself issued to Israel during his short spell as Foreign Secretary in 2017 when he said: “What we are saying is that you have to have a two-state solution or else you have a kind of apartheid system,” the cross party group of parliamentarians stated that “tragically Prime Minister Netanyahu has chosen the latter, whereby in one territory one people enjoy full rights, and the other does not.”

“This is an existential threat to the solution of two states with equal rights,” said the MPs in the letter, which was sent last week but only came to light over the weekend. They noted that the annexation of the West Bank and the Jordan Valley as well as the construction of illegal settlement were a “grave breach of the Fourth Geneva Convention.”

The MPs listed a number of Israeli violations of international law and criticised Britain’s failure to hold the Zionist state to account. After claiming that annexation undermines the “long standing principal of the inadmissibility of acquisition of territory through war,” the cross-party group highlighted the UK’s inconsistency in the application of this principal by comparing Britain’s position towards Russia, when it annexed Crimea in 2014, to its policy towards Israel. In the first instance Britain joined the EU and virtually the rest of the world to impose sanctions on Moscow. In sharp contrast, Israel has never faced any penalty for any of its countless violations of international law.

They called on the British government and the EU to respond “robustly” to Israel’s threat to annex further territory. “The response must be more than just words of disapproval,” they insisted. “It must demonstrate that flouting international law, as Netanyahu is threatening, will have serious consequences for Israel’s relationship with Britain and other powers,” added the MPs.

Johnson was “urged to demonstrate that Britain is willing to stand up for the rules-based international order”, which commentators say has come under serious threat from the rise of far right leaders across the globe.