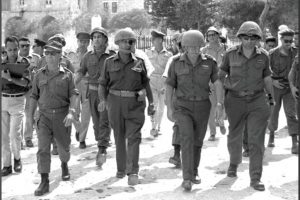 by Jonathan Ofir, published on Mondoweiss, April 20, 2020 The creation of the modern Hebrew language around the end of the 19th century sought to resurrect an ancient language which had hardly been spoken colloquially among Jews, to become the new unifying ‘national language’ of the ‘Jewish nation’. This effort built upon romantic and messianic concepts of ‘return’ to the […]