My Grandfather, Nelson Mandela, Helped End Apartheid. Let’s Do the Same for Palestine

In light of the fact that many US states have criminalized support for the Palestinian BDS campaign, we need to see the oppression of Palestinians in its true context.  At the end of Apartheid, South African divisions were not reinforced, but rather the entire country was restored to the native people of South Africa. [Ed]

The 11 February marked the 30th anniversary of the release from prison by South Africa’s apartheid regime of my grandfather, Nelson Mandela.

Six years after his passing, my grandfather remains a symbol of our victory over apartheid, and an inspiration worldwide for the battle to overcome institutionalised racism.

With racism and xenophobia rising globally, championed by leaders such as US President Donald Trump, my grandfather’s legacy and the struggle against racism remain global preoccupations – particularly this month, as we marked the UN’s annual International Day for the Elimination of Racism on 21 March.

The UN chose 21 March because it was the day when South African police gunned down 69 unarmed black South African protesters in Sharpeville. This year, we commemorated the 60th anniversary of that terrible massacre.

Today, one place where apartheid South Africa’s echoes are the loudest is in occupied Palestine. We South Africans are reminded of Sharpeville by the ongoing Israeli army atrocities and sniper attacks against unarmed Palestinians protesting for their rights in the open-air prison of Gaza. In a single day in 2018, Israel’s brutal occupation forces massacred at least 58 protesters.

Permanently cementing in place Israel’s apartheid regime is a goal of Trump and Israel’s far-right Prime Minister Benjamin Netanyahu. Trump’s January “peace plan” was such a brazen attempt to legitimise Israel’s land theft, illegal settlements and discrimination, that South Africans and others worldwide immediately saw our apartheid experience reflected in the disconnected Palestinian enclaves in the plan’s map.

Our president, Cyril Ramaphosa, an anti-apartheid leader, said Trump’s plan “brought to mind the horrible history that we as South Africa have gone through, where the apartheid regime once imposed a bantustan system on the people of South Africa”.

Even Israel’s ambassador to South Africa during the fall of apartheid, Alon Liel, called Trump’s plan “an imitation of the Bantustan model” legitimising “a new 21st-century model of apartheid”.

Though these comparisons resonate strongly, labelling Israel’s policies as apartheid is not dependent on close similarity to conditions that black South Africans endured. Apartheid is defined under international law as an “institutionalised regime of systematic oppression and domination by one racial group over any other”. 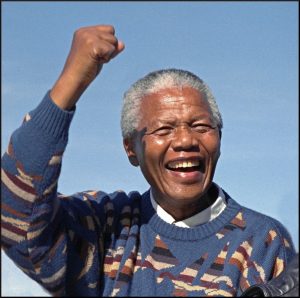 Former President Nelson Mandela witnessed how oppressive powers work together, and saw that global struggles against oppression are interrelated, making him fierce in his solidarity with Palestinians and other oppressed people.

Years ago, he famously said that South Africa’s freedom was yet “incomplete without the freedom of the Palestinians”, and that freedom for the Palestinian people was “the greatest moral issue of our time”. His statements still ring true today.

Spurred by Madiba’s example and the harsh injustices Palestinians continue to endure, I actively advocate with South African civil society and our government for action to support Palestinian rights and the Palestinian-led BDS movement.

I also help to share our experiences globally. Last week, around the International Day for the Elimination of Racism, I spoke to European audiences – by video rather than in-person, due to coronavirus restrictions on travel and public gatherings – as part of the annual worldwide Israeli Apartheid Week. I urged Europeans to incorporate Palestinian rights into other movements against racism, and to support BDS.

Indeed, Israeli apartheid cannot be challenged effectively in isolation, because Israel’s far-right regime is supported by other authoritarian regimes and right-wing governments – such as those in the US, UK, India and Brazil – that share similar racist ideologies, and exchange military, policing and surveillance strategies and tools in order to perpetuate repression.

Israel and its US and European allies have also banded together to repress the BDS movement for Palestinian rights through laws and resolutions restricting and demonising it.

In the UK, as one example, Prime Minister Boris Johnson’s government announced plans to block public authorities from boycotts and divestment, mirroring the Thatcher government’s ban of boycotts by UK local councils, which aimed to protect apartheid South Africa.

But supporters of human rights today should feel buoyed by the knowledge that grassroots pressure ultimately forced the UK government to break with South Africa’s apartheid government, helping to speed up its downfall.

Green Party rally in Norway, The BDS movement against Israel is supported by hundreds of groups across the world.

In the same way that you responded to our call for a global anti-apartheid movement and boycotts, I call on people, organisations and social movements in the UK and throughout Europe who oppose racism and support freedom to rally together to help end Israel’s apartheid, as apartheid in South Africa was abolished.

Failure to take action is tantamount to complicity in maintaining Israel’s regime of oppression over the Palestinian people.

From South Africa, to Palestine, to Europe, and all the places where people are fighting racism, we must follow the example set by our global icon, Nelson Rolihlahla Mandela, and join together in opposition to injustice. Because none of us will be truly free, until all of us are free.