Abuse, Oppression and Murder: The PA Does Israel’s Dirty Work in the West Bank 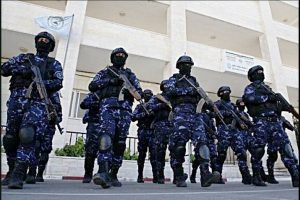 by Ramzy Baroud, published on Politics for the People, March 7, 2020

Zakareneh is not the first and, sadly, will not be the last Palestinian to be killed by the PA security forces, which in recent years have dramatically increased their oppressive tactics against any form of political dissent in Palestine.

The 17-year-old boy died soon after PA security was dispatched to the village of Qabatiya, south of Jenin, in the northern West Bank to allegedly confront a “military-style demonstration” that was being planned.

The official version of the story claimed that as soon as the PA force arrived in Qabatiya, armed men from the village opened fire while others hurled rocks, prompting PA officers to respond with live bullets and teargas canisters, resulting in the death of Zakareneh and the wounding of others. No PA officers were wounded by gunfire.

There is no denying that anti-PA sentiment has grown exponentially throughout the occupied  Palestinian territories in recent months. Abbas’s Authority is rife with corruption and continues to rule over Palestinians, in whatever limited capacity permitted by Israel, with no democratic mandate whatsoever.

Moreover, the PA consists largely of loyalists to Abbas’s Fatah party, which is itself divided between various centers of power.

In 2016, the PA set up a joint body of Palestinian intelligence agencies in Jericho with the sole purpose of cracking down on supporters of Abbas’s arch-enemy, Mohammed Dahlan, who is currently in exile.

Since its creation, the new intelligence body, which reports directly to the President, has expanded its mandate and is actively cracking down on any individual, organization or political entity that dares question the policies of Abbas and his party.

Soon after Abbas claimed in a speech before the Arab League in Cairo, on February 1, that the PA will severe all contacts with Israel “including security relations”, a senior PA official informed Israeli media that the cooperation between the PA and Israel is still ongoing.

“Until now, the coordination is ongoing, but relations are extremely tense,” the official told the Times of Israel.

‘Security coordination’ is perhaps the only reason why Israel is allowing the PA to exist despite the fact that Israel, with the support of the United States, has completely reneged on all of its commitments to the Oslo accords and all subsequent agreements.

It is quite surreal that the Palestinian leadership in Ramallah, which once promised Palestinians freedom and liberation in an independent, sovereign state, now exists mostly to ensure the very security of the Israeli army and illegal Jewish settlers in occupied Palestine.

The PA and the Israeli occupation now co-exist in some kind of symbiotic relationship. To ensure the continuation of that mutually beneficial relationship, both entities are invested in suppressing any form of resistance, or even mere protest, in the occupied West Bank.

In truth, whether the protesters in Qabatiya were accompanied by gunmen or not would have made little difference. The only form of protest or mass gathering which is currently allowed in the West Bank is those held by Abbas’s own loyalists, chanting his name and chastising his enemies.

Last year, the Arab Organization for Human Rights in the UK accused PA security services of using repressive measures against Palestinian activists and employing psychological and physical torture against its critics; in other words, duplicating Israeli policies in dealing with Palestinians.

Those who are often targeted by the PA’s Preventive Security Service (PSS) and various other intelligence units include students and previously released prisoners.

In its 2020 report on “Israel and Palestine”, Human Rights Watch (HRW) said that hundreds of Palestinians have been detained and tortured by PA security forces for the most insignificant ‘offenses’.

The rights groups also reported that “between January 2018 and March 2019, (the PA) detained 1,609 persons for insulting ‘higher authorities’ and creating ‘sectarian strife,’ charges that in effect criminalize peaceful dissent, and 752 for social media posts.”

Ahmad al-Awartani, 25, was one of the thousands of Palestinians to be arrested based on outrageous charges, as the young man was detained under the so-called Cyber Crimes Law. He was arrested by PA police for a single Facebook post in which he criticized the Palestinian Authority.

Arbitrary arrests, torture, and violence are regular occurrences in occupied Palestine. While Israel is responsible for the greater share of the violation of Palestinian human rights, the PA is part and parcel of that same Israeli strategy.

While it is true that Abbas’s crackdowns are tailored to serve his personal interests, PA action has ultimately served the interests of Israel which aim at keeping Palestinians divided and is using PA security forces as an extra layer of protection for its soldiers and settlers alike.

That in mind, Zakareneh’s death cannot be viewed as a marginal occurrence in the Palestinian struggle against Israeli occupation and apartheid. Indeed, the Palestinian Authority has made it crystal clear that its violence against dissenting Palestinians is no different than Israeli violence targeting any form of resistance, anywhere in Palestine.

– Ramzy Baroud is a journalist and the Editor of The Palestine Chronicle. He is the author of five books. His latest is “These Chains Will Be Broken: Palestinian Stories of Struggle and Defiance in Israeli Prisons” (Clarity Press, Atlanta). Dr. Baroud is a Non-resident Senior Research Fellow at the Center for Islam and Global Affairs (CIGA), Istanbul Zaim University (IZU). His website is www.ramzybaroud.net